Net assets of UCITS declined by 4.6% in 2018 with the steep fall in stock markets wiping out net asset growth. It should be noted however that Q1 2019 has seen positive stock market performance. A year on year UCITS net asset decline like 2018 has not occurred since 2011. 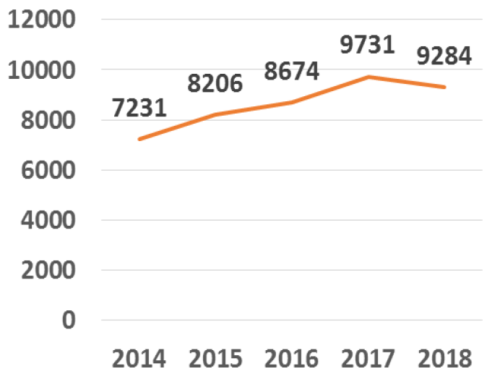 In 2018, most fund categories suffered a net asset decrease with equity, bond & multi-asset funds all down. Net assets edged up slightly for money market funds & to a greater extent, ETFs.

2018 was a challenging year for markets. The threat of rising US interest rates impacted bond products with trade-war rhetoric and Brexit weighing on equities.

Eurozone economic data continued to suggest slowing momentum. The Purchasing Managers Index of 51.3 in December 2018 showed business activity had slowed to the weakest level in over four years. The ECB confirmed the end of its bond-buying programme in December and advised interest rates would remain on hold until at least the end of summer 2019. Sources: EFAMA, Schroders, Broadridge.

Assets of the German fund industry have doubled since 2008. The AUM is just under €3tn (€2.04tn in German domiciled fund assets). Funds in Germany are split by retail funds and non-UCITS – “Spezialfonds”. Spezialfonds may only be held by institutional investors which include insurance companies, pension funds and large corporations. Of the total AUM almost 55% is accounted for by Spezialfond assets. They also remained the main driver of open-ended fund net sales in 2018, their third best year ever. 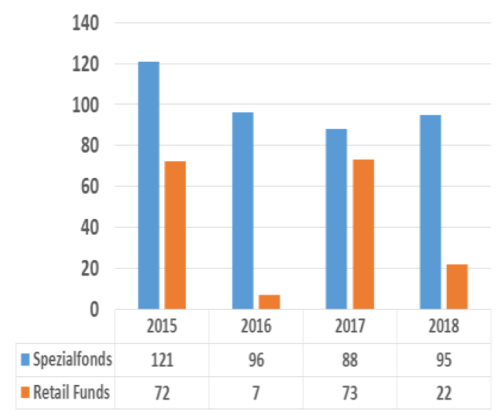 Germany is the 2nd largest market for Irish funds with registrations up 90% since 2013. 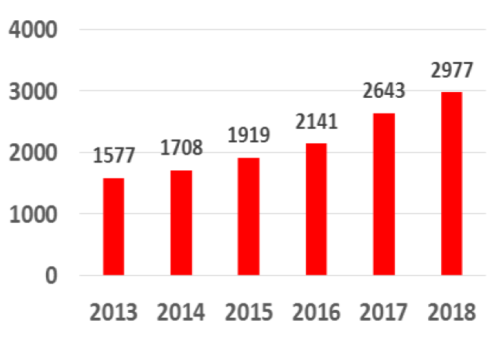 Retail banks are the dominant distribution channel in Germany with private banks and pensions also prevalent. It should be noted that most German investors will require funds to have transparency status to receive more favourable tax treatment. Sources: BVI, Irish Funds, EFAMA

Irish domiciled fund assets decreased by 1.1% in Q4 2018. This compares favourably with the overall European fund asset decline of 5.5% in the quarter. Current Irish fund assets are however just over 1% higher than the end of 2017. 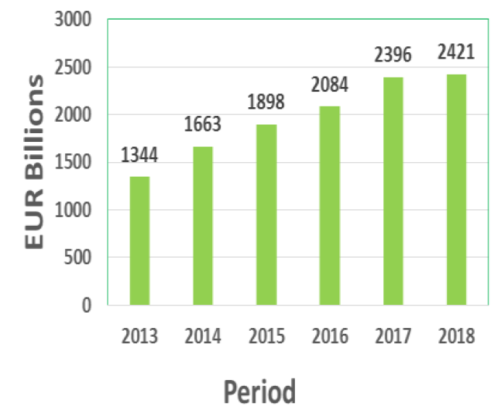 The Central Bank of Ireland recently confirmed that it will allow Irish domiciled funds to invest through China’s Bond Connect, the mutual bond market access scheme launched between Hong Kong and China. The Bond Connect scheme is viewed as a more efficient method to access China’s bond market than alternatives such as the RQFII program. In other news, the Irish Government confirmed that the Investment Limited Partnership Bill will be considered as priority for the summer session 2019. This is important for the development of the PE fund industry in Ireland. Sources: Irish Funds, Ignites, Matheson