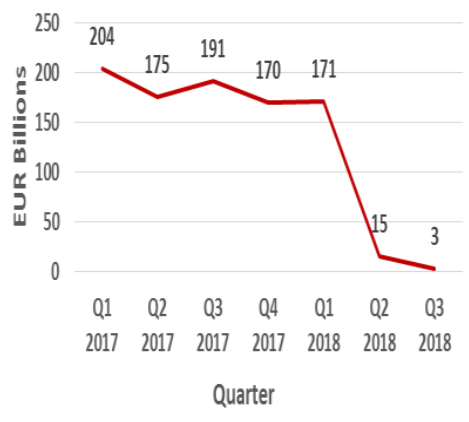 Fifteen countries registered net UCITS inflows during Q3. The domiciles with the largest inflows were Ireland, Switzerland, Luxembourg, Germany and Sweden in that order.

The quarter was characterised by uncertainty in Europe. This was due to a number of factors including worries over trade wars/US tariffs on European cars, exposure of Eurozone banks to emerging markets (e.g. Turkey) and concerns over Italy adhering to EU budget deficit thresholds.

There was mixed news on the economic front in the Eurozone with Q2 quarter-on-quarter growth of 0.4% compared to the estimated rate of 0.3%. However, at the end of Q3, the Eurozone PMI for September fell to a 4 month low of 54.2. Sources: EFAMA, Schroders, Broadridge.

The UK is an important centre of asset management with £9.1trn of AUM managed there. It manages 35% of AUM in Europe and is larger than the next 3 European centres combined. The UK is the most popular market for the distribution of Irish UCITS. 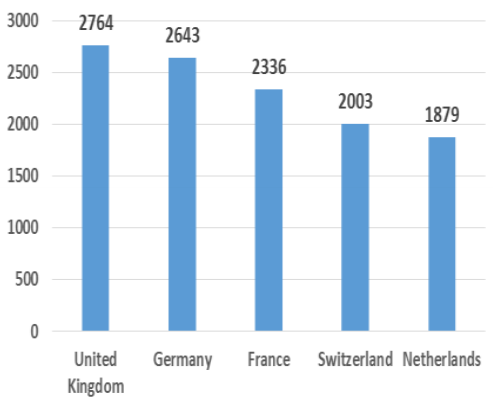 The uncertainty surrounding Brexit has had a major impact on UK financial services such as:

2. In October 2018, retail sales in UK funds fell to their lowest level since the referendum.

Whilst the outcome of the withdrawal remains unclear there have been recent positive developments. The CBI advised recently that an MOU will be in place by March 29 2019 to allow Irish ManCos/self-managed funds to continue delegating investment management to the UK. In addition, the FCA has created a temporary permissions regime to enable funds, which are currently passported into the UK, to continue to do so post Brexit. This temporary regime will last for 3 years. Sources: Ignites, The Investment Association, Irish Funds. 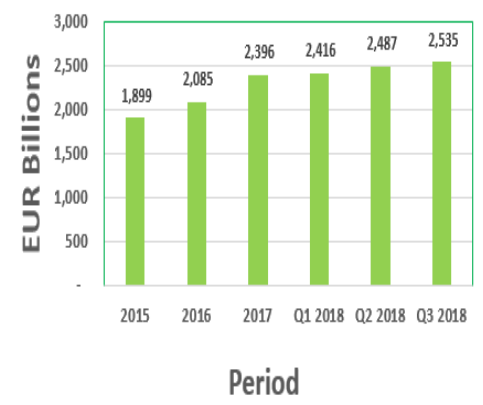 Ireland is the domicile for approx. 60% of European ETFs. It attracted the largest ETF inflows in Europe in Q3 2018. Currently the vast majority of Irish domiciled ETFs use the UK based central securities depositary (“CSD”), Crest. In the event of a no-deal Brexit, Crest would lose its ability to passport services into EU countries such as Ireland. To remove this risk, the European Commission has said that it will implement a “temporary and conditional equivalence” for UK and EU CSDs for a period of 24 months. This is a good short term solution for Irish ETFs. Ireland is considering establishing its own CSD in the long term. Sources: Irish Funds, Ignites, EFAMA