The year began with a poor start for fund flows with UCITS recording net outflows of €6.5 billion during Q1 2016. This compares to net inflows of €122 billion during Q4 2015. All major fund domiciles in Europe including France, Germany, Ireland, Luxembourg and the UK recorded negative quarterly growth in net assets in Q1 2016. 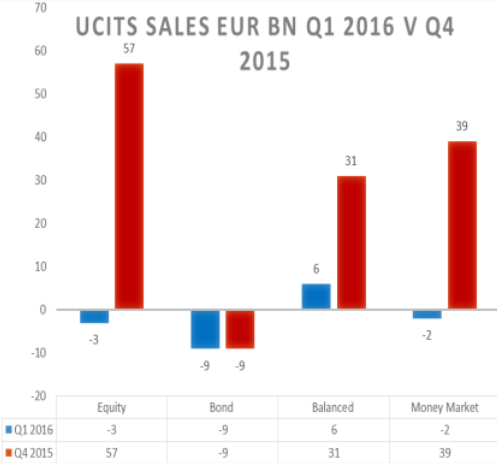 Equity funds and money market funds reversed their positive trend in Q4 2015 to record net outflows. Bond funds continued on a downward trajectory with 3 quarters in a row of net outflows. Risk aversion was a key driver as net inflows continued for multiasset/balanced funds. However, the overall net inflow figure for multi-asset funds for Q1 2016 was lower at €6 billion compared to €31 billion for Q4 2015.

In March, European investors were encouraged by the ECB’s promise of further stimulus measures leading to inflows into UCITS funds during March. Early indicators of a possible BREXIT impact were minimal in Q1 2016.

Switzerland is a key market for the distribution of UCITS and Alternative Investment Funds (“AIFs”). In 2015, Switzerland, with 6,823 registrations (UCITS and AIFs), was ranked second in the top fund distribution markets in Europe. 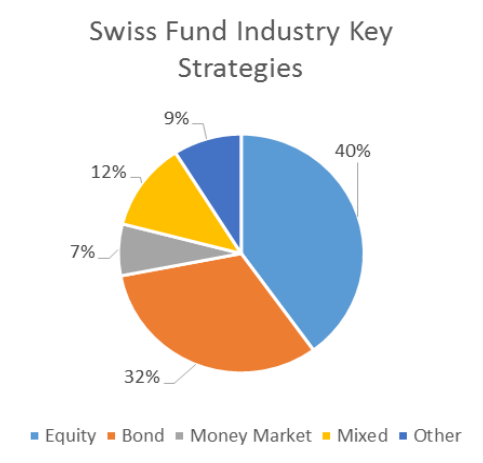 The value of assets in the Swiss fund industry is significant with total assets of CHF 867.1 billion at the end of Q1 2016. The Swiss funds industry attracted CHF 40 billion in new money in 2015 despite extensive volatility due to factors such as the abandoning of the CHF minimum exchange rate against the EUR, the Greek crisis and the Chinese stock market turbulence. Equity and bond strategies are the dominant strategies.

The top 3 fund providers in the Swiss market are UBS, Credit Suisse and Swisscanto with over 51% of the Swiss fund market. 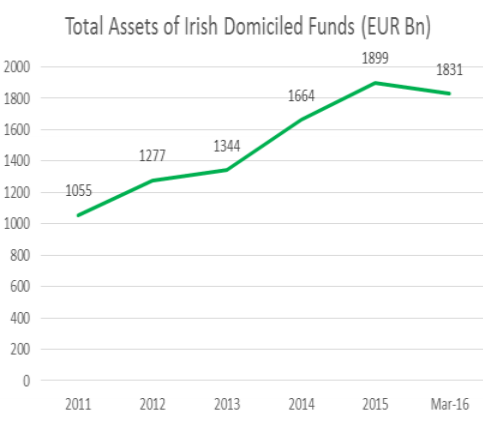 The BREXIT vote is likely to have a substantial impact on the Irish funds industry. For UK managers currently using UK domiciled funds to access the EU market, they may look at the establishment of Irish or Luxembourg structures for this purpose. Currently, a number of UK managers passport the services of a UK ManCo to support funds in Ireland. If the UK proceeds with leaving the EU following the no vote, such passporting capability will need to be provided by a local EU entity.