The European sovereign debt crisis continues to send net inflows of long-term funds (ex-money markets) into negative territory. The uncertainty in the market has led to a flight to safety (investments such as gold trending at all-time highs). The only UCITS strategy to see net inflows in 2011 was Balanced funds (€19bn*) as investors sought diversification

The latest released figures (December 2011 data*) show that flows into UCITS are negative but this trend is slowing. 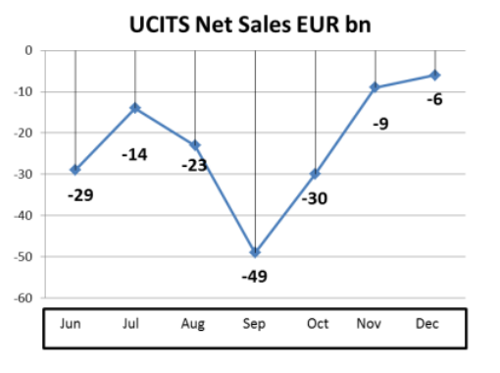 German investors are amongst the largest consumers of funds in Europe (second only to France). It is estimated that assets in investment funds are just over €1,600bn # with around 15% of these assets being in funds that are domiciled in either Ireland or Luxembourg.

It should come as no surprise that Germany has consistently been amongst the top 3 fund distribution destinations for cross border funds. 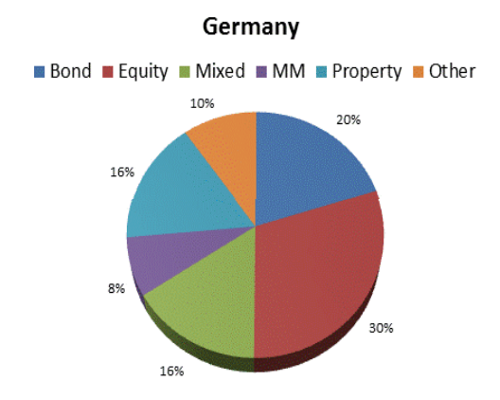 Banks are the primary distribution channel for funds marketing to the retail sector and account for over 40% of all funds sold. Traditionally, retail banks have been the favoured channel for German investors in addressing their investment needs. Retail banks also offer in-house managed fund of fund products to customers which can open further opportunities to asset managers.

There is a growing trend to use IFAs and fund supermarkets which we see continuing to increase in the coming years.

Irish domiciled funds saw the highest net inflows of all UCITS fund domiciles in 2011 (€62bn; €50bn more than the next most successful domicile). 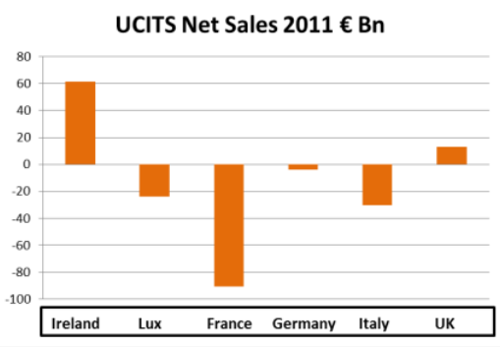 The assets of Irish domiciled UCITS and Non-UCITS passed a record high of over €1 trillion at year end.

Ireland continues to be the fastest growing UCITS domicile and net assets of Irish UCITS have increased by more than 500% over the last 11 years.