2013 ended on a bullish note for long term UCITS (ex MMF) with net inflows of €78bn for Q4 bringing the total net inflow for the year to €317bn. The positive sentiment has continued into 2014 with January recording net inflows of €70bn to UCITS funds. 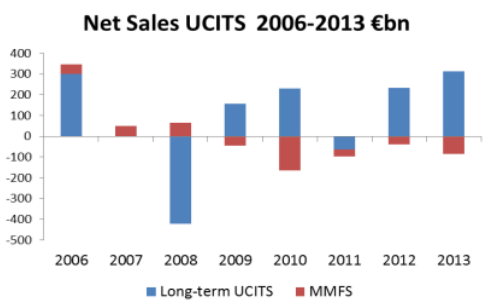 Looking back on 2013, the most significant impact to fund flows came in May/June when the US Federal Reserve announced the tapering of their quantitative easing (‘QE’) program. A flight from multiple asset classes ensued with credit and emerging markets being hardest hit. Interestingly gold, often seen as a safe haven, suffered its worst year since 1981 dropping from $1,700/oz to $1,200/oz.

Stronger economic data emerged in H2 2013 (an IMF report in October 2013* predicted increased GDP growth in the developed nations) which countered the headwinds of QE and increased market volatility. This led investors to commit substantial capital to UCITS. So much so that net sales of UCITS in 2013 reached its highest level since 2006 (€229bn – including MMFs).

The appointment of a new Federal Reserve Chairman (Yellen) and the upcoming solvency review of European banks will have implications for fund flows for H1 2014 which we continue to follow with interest.

The Spanish market has made a number of headlines in the last number of months with a renewed focus by cross border asset managers on the market. Some large fund houses (Jupiter, State Street to mention just two) have registered a number of their funds for Spanish distribution in 2013.

2013 was a remarkable year for fund sales recovery in Spain with UCITS net inflows of €23bn compared to the substantial net outflows in 2012 of €10.5bn. Lipper’s latest information for 2013 shows Spain as the top selling single European jurisdiction* for 2013.

Notably, according to CNMV (the local regulator) foreign fund houses now account for 22% of fund AUM and this number is growing.

Critically, the Spanish market is highly automated with platforms (AllFunds et al) providing ease of access and a long history of open distribution architecture. That said, local banks dominate distribution and have significant influence on fund preference arising from their capital needs (promotion of deposits over funds).

Asset managers should note the preference of asset types – fixed income is the most popular strategy type and relatively unique to Spain, guaranteed funds play a large role in the market. 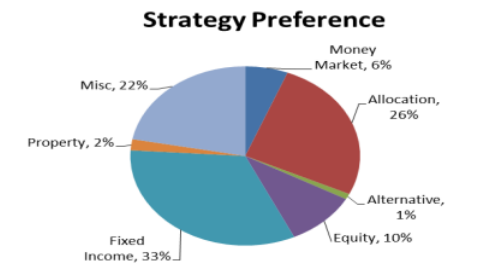 This news certainly gave some further substance to a recently issued independent survey** that found Ireland to be the domicile of choice for European investment funds. The survey of 200 global asset managers noted that 71% of respondents would choose Ireland in their top three European domiciles if starting over, a great reflection on the flexibility of the workforce and regulatory regime. 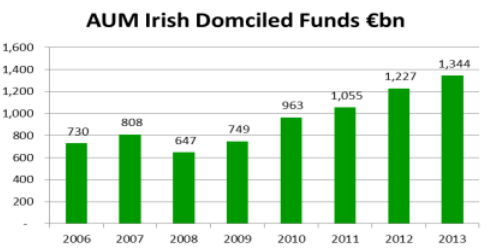