The year 2016 was characterised by significant market uncertainty. In January, a global stock market rout was triggered by huge sell offs in the Chinese stock market. In March, the ECB increased the size of its monthly bond buying programme in response to concerns about the health of the Eurozone economy. Economic uncertainty was then replaced by political uncertainty with the surprise Brexit vote, the election of Donald Trump and the resignation of the Italian prime minister after the referendum defeat. 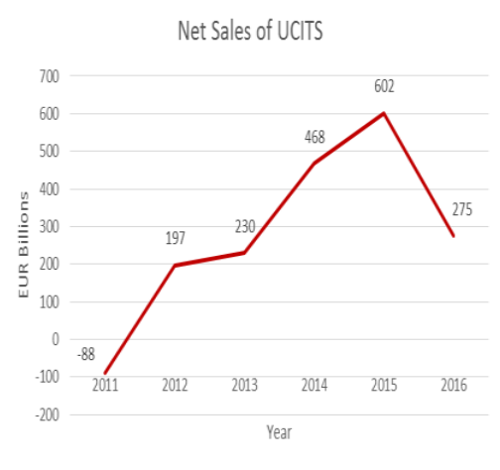 Both equity funds and multiasset funds experienced net sales decreases in 2016 as investors sought to reduce their exposure to stock markets. With interest rates continuing to remain at low levels, bond funds experienced strong net inflows in 2016. Given the significant uncertainty during the year, it is not surprising that money market funds enjoyed their highest rate of net sales since 2006.

In this section of the quarterly update, we normally profile a particular country. In this edition, we wish to focus on Sustainable Responsible Investing (“SRI”). Sustainable investing is an investment approach that considers environmental, social and governance factors in portfolio selection and management. Global SRI assets grew by 25% between 2014 and 2016 with total assets reaching $22.89tn in 2016. Over 50% of global SRI assets are in Europe. The breakdown of global SRI assets is as follows: 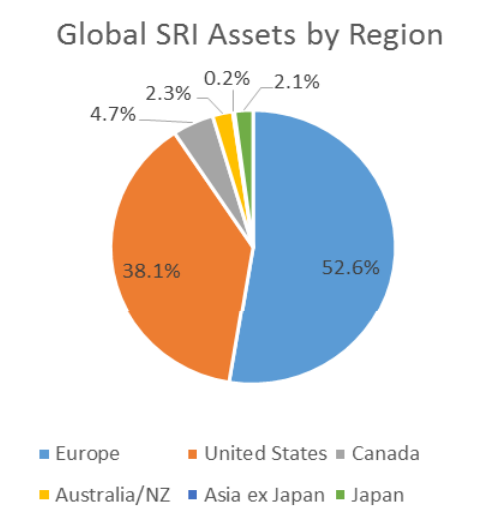 EFAMA has recognised that the demand for SRI funds is increasing and has commented on the need for standards for sustainable investing to be created. In 2016, authorities in both France and Luxembourg have sought to create new standards for investments in SRI funds. 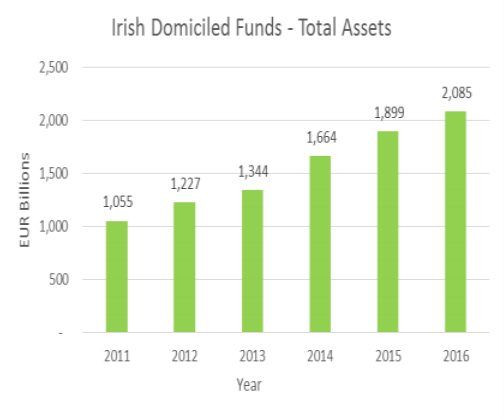 In December 2016, Ireland was granted an RMB 50bn (€6.7bn) Renminbi Qualified Foreign Institutional Investor (RQFII) quota. This provides Irish funds with a new route for accessing onshore Chinese securities. Ireland becomes only the 6th European country to be granted an RQFII quota after the UK, France, Germany, Switzerland and Luxembourg. The award of the RQFII quota coincides with the launch of the Shenzhen-Hong Kong Stock Connect trading link in late 2016. This is an extension of the trading link between Shanghai and Hong Kong. The CBI is now accepting applications for investment through both Shenzhen and Shanghai connect.