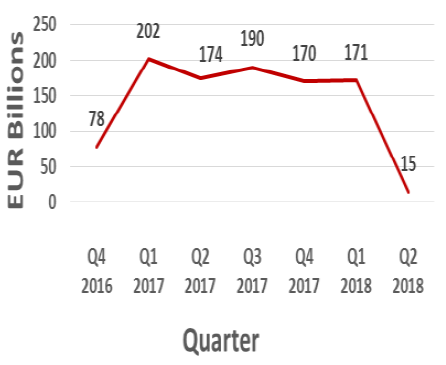 The domiciles with the largest Q2 UCITS inflows were Ireland, Luxembourg, Spain, Sweden and Norway in that order.

Equities made gains despite volatility in Q2. Steady Eurozone GDP growth and strong earnings data was accompanied by an increase in political risk. The political risk included uncertainty following the election in Italy, a change of government in Spain and the continuing US-China trade dispute.

The performance of bond funds is currently being impacted by increased monetary tightening. The Fed increased rates during Q2, again during September with further planned increases in 2019. The ECB will end its QE programme in December 2018 and the BOE raised interest rates in August 2018.

Switzerland is a key market for the distribution of UCITS and AIFs. It is the second most popular market for the registration of Luxembourg domiciled funds and the fourth most popular for Irish funds. The appointment of a Swiss representative is key when distributing foreign funds there. The main distribution channels in Switzerland are private banks and many of the local players such as Credit Suisse and UBS operate large fund platforms.

The assets of funds managed in Switzerland stand at approx. €975bn with €531bn in Swiss domiciled funds. Equity and bond funds are the dominant strategies for Swiss managed funds as detailed below: 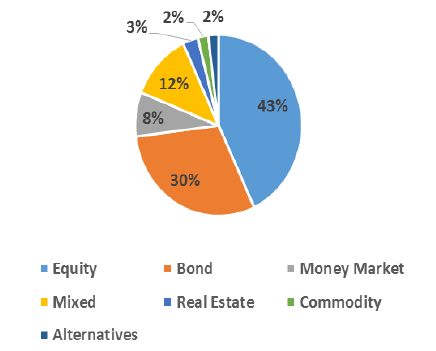 Switzerland plans to introduce a new limited qualified investment fund, LQIF structure by mid-2019. This will be similar to the RAIF regime which was introduced in Luxembourg in 2016 where supervision of the RAIF is at the level of the AIFM not fund level. The LQIF will not need to be authorised by the regulator, FINMA and is expected to facilitate faster and more cost efficient fund launches. The overall aim is to increase the attractiveness of Switzerland as a fund domicile.

Irish domiciled fund assets surpassed €2.5tn in July. In Q1 and Q2 2018, flows into Irish funds accounted for over 30% of all European fund sales. 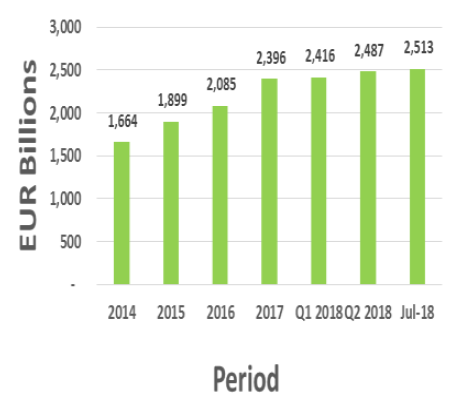 Ireland is the leading European domicile for ETFs and attracted the largest ETF inflows during Q2. In 2017 the Central Bank of Ireland (“CBI”) issued a consultation paper on ETFs. In September 2018 the CBI issued a feedback statement. In this, the CBI, in line with other regulators, decided against industry calls for the removal of the requirement for ETFs to provide daily disclosure of the securities held in their portfolio. The CBI also confirmed that it will now permit funds to have both listed and unlisted share classes. This change is likely to increase the use of ETFs on platforms. The CBI will now also permit different dealing deadlines for hedged and unhedged share classes.