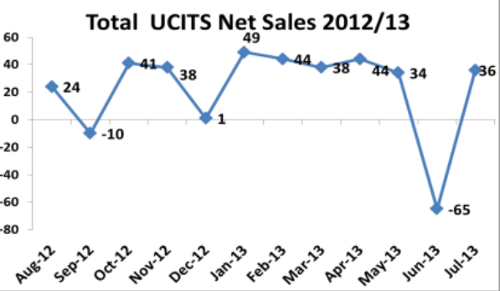 Q2’s lacklustre performance was due to the large outflows in June 2013. The month saw the largest single monthly outflow from UCITS funds since October 2009, with €65bn being withdrawn. The driver of this substantial outflow was the US Federal Reserve announcing its intention to begin tapering of quantitative easing. A flight from bond (€18bn) and money market (€40bn) funds ensued. Interestingly, the majority of outflows from bond funds were concentrated in the high yield and emerging market sectors with short term and flexible funds weathering the storm more successfully.

Balanced funds continue to see inflows with €61bn for H1 2013 – certainly a sector to watch.

The Italian market is fast becoming one of the strongest in Europe in terms of funds sales in this year. May 2013 saw €8.7bn of inflows, the highest single monthly inflow since May 1999. This inflow was split between local funds with €2.4bn and foreign funds with €6.3bn.

All of these positive numbers have not gone unnoticed by cross-border managers. There has been an increased focus on the jurisdiction with a number of large asset managers recently partnering with local distributors to make a firm push on sales. One such manager believes the Italian funds market will double in the next 10 years. 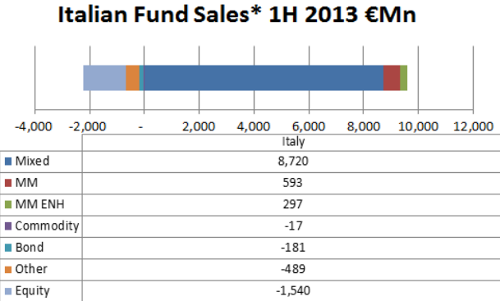 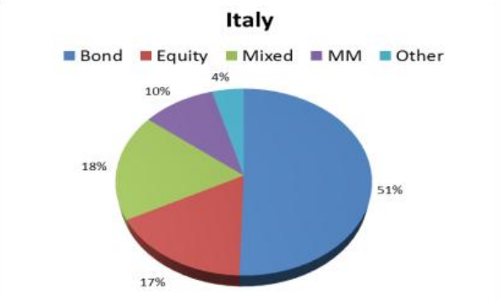 AIFMD was a key focus again with a number of asset managers establishing QIFs in advance of the implementation deadline of 22 July 2013. Blackrock became the first investment management firm to be approved in Ireland as an Alternative Investment Fund Manager (‘AIFM’) by the Central Bank of Ireland.

The chart below gives an insight into the UCITS numbers in Ireland. 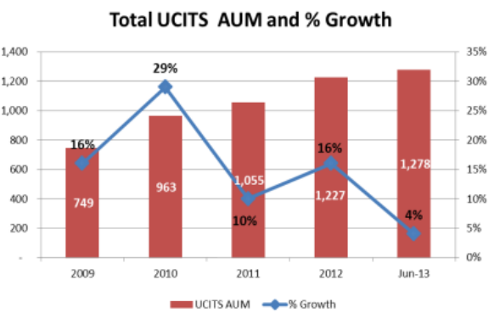