Our last update described the positive inflows into long term funds (UCITS funds excluding money market funds) in Q1 driven by the market’s view on LTRO*. Much of that sentiment carried forward into Q2 until the month of June.

June saw the first negative flows for long term UCITS (€9bn) since the beginning of the year but this was reversed in July with positive flows (€25bn). 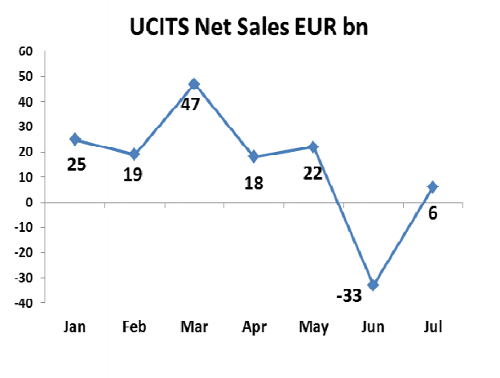 The real winners this year are bond funds. Total net sales of bond funds year to July were €115bn, notably higher than the net sales of all long term UCITS which stood at €101bn. Equity funds accounted for much of this difference with year to July outflows of €21bn.

Significant changes are imminent in the UK distribution market with the implementation of the FSA’s Retail Distribution Review (‘RDR’) from 1st January 2013.

RDR will change the landscape for distribution as it bans IFAs# , the dominant distribution channel in the UK, from receiving commissions on any funds sold.

RDR will bring challenges for some (large retail focussed funds) and benefits for others (non- commission products such as ETFs and UK trusts).

The UK has a strong funds market with AUM of circa €800bn* and continues to be a successful destination for offshore funds. 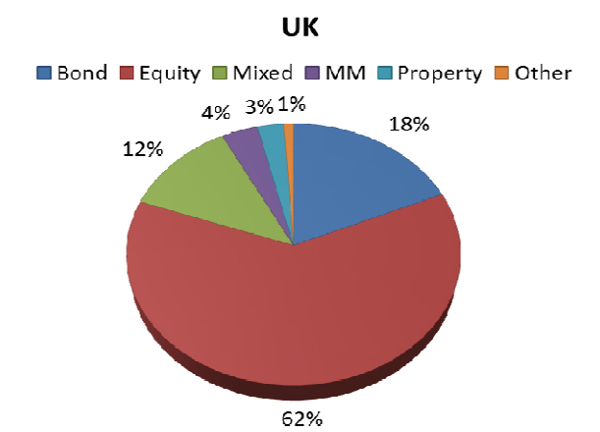 IFAs are the primary distribution channel in the UK with over 50% of all funds distributed in this way. Pensions (13%) and insurance (12%) also play a large role. Retail Bank distribution (4%) is significantly lower than in other European countries.

The Irish QIF product continues its strong performance both in terms of fund launches and asset growth. Since 1st January this year, QIF numbers have increased by 6% to 1,507 with AUM increasing by 9% to €199bn (as at 30 June). 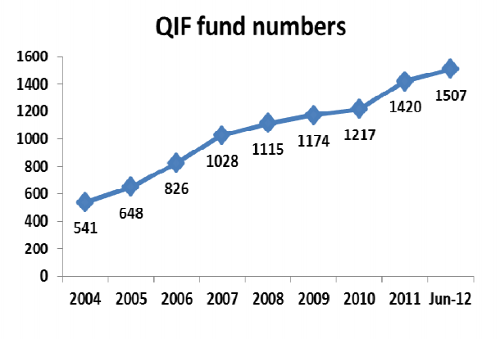 With AIFMD imminent asset managers are increasingly looking to the QIF product as the solution.

Irish domiciled UCITS continue to see increases in AUM with year to June growth of 10% and total assets of €903bn.

Ireland continues to be a world class domicile for UCITS, accounting for 32% of European ETF assets and 27% of European money market fund assets.