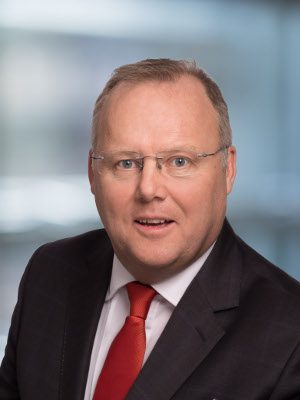 John is a non-executive director of KB Associates Management Company. In addition he chairs the firm’s risk committee.

John has been involved in the financial services industry since 1987, he has extensive experience with investment funds domiciled in various locations across a variety of asset classes and investment strategies. Since 2008, John acts as a consultant within the hedge fund industry providing fund consultancy, advisory, administration and accounting services to the international investment community.

John served as General Manager of Olympia Capital Ireland Limited from 2004 to July 2008, a fund administration company based in Dublin. Previously he was Accounting Manager at RMB International in Dublin from 2003 to 2004 and a Fund Accounting Manager at International Fund Services in Dublin from 2001-2002. Prior to that role he established Capita’s registrars operation in Ireland and was its Senior Country Manager from 1999 to 2001. He was a member of the senior management team at Mellon Fund Administration from 1995 to 1998. He also held a number of senior positions with The Prudential Corporation from 1987 to 1996 in London.

John is a Fellow of the Association of Chartered Certified Accountants and holds a Masters of Business Administration from the Michael Smurfit Graduate Business School, University College Dublin. He has received the accreditation of Certified Investment Fund Director from the Institute of Banking School of Professional Finance. He is also a director for a number of companies.